PhD Course by Prof. Tsinakis at the DMI

Contents of the course:
Algebraic logic studies classes of algebras that are related to logical systems, as well as the process by which a class of algebras becomes the “algebraic counterpart (semantics)” of a logical system. A field practitioner usually approaches the solution of a problem in logic by first reformulating it in the language of algebra; then by using algebra to solve the reformulated problem; and lastly by expressing the result in the language of logic. A representative association of the preceding kind is the one between the class of Boolean algebras and classical propositional calculus.
The course focuses on propositional substructural logics and their algebraic counterparts: residuated lattices. Substructural logics are non-classical logics that are weaker than classical logic, in the sense that they may lack one or more of the structural rules of contraction, weakening and exchange in their Genzen-style axiomatization. (It is convenient to think of the classical logic and intuitionistic logic as substructural logics, as well.) These logics encompass a large number of non-classical logics related to computer science (linear logic), linguistics (Lambek Calculus), philosophy (relevant logics), and many-valued reasoning.
Residuated lattices first appeared explicitly in the work of Krull, Ward and Dilworth as abstractions of ideal lattices of rings in the early 1930s. Their study, however, goes even further back to Hilbert’s foundational studies of geometry, and Riesz’s development of the theory of operators and their spaces. The residuated structures appearing in the works of Hilbert, Riesz and Freudenthal are lattice-ordered groups. Dedekinds work restored unique factorization at the level of ideals, of what we nowadays call Dedekind domains, and had as its ultimate objective the proof of Fermat’s last theorem, which became a reality only recently. Dedekind’s research, however, provided the seeds for the valuation theory of integral domains, abstract ideal theory and modern algebraic theory of residuated structures. Thus, residuated structures have played an important role in mathematics independently of their connection with substructural logics.
A rough description of the topics of the course is the following.
• We introduce sequent (Genzen-style) calculi, and discuss their advantages over axiomatic calculi. As Gerhard Gentzen has argued correctly, the formalization of logical deduction in axiomatic calculi is removed from the forms of deduction used in mathematical proofs. Further, logical connectives are implicitly defined in terms of their mutual relationships, as stated in the axioms of the system. In sequent calculi, on the other hand, separate rules are laid out for each connective that describe its operational meaning. En route, we will justify the need of dropping one or more of the structural rules of contraction, weakening and exchange.
• We provide a careful account of those fundamental results in the algebraic theory of residuated lattices that every well-educated research mathematician and computer scientist should know. In an effort to achieve this goal, the course will be neither ex- haustive nor will always strive for greatest generality. Rather, it will emphasize a few central themes that will illustrate the depth, beauty and applicability the subject matter.
• We introduce the notion of an algebraizable logic, and show, in particular, that each subvariety of residuated lattices constitutes an equivalent algebraic semantics for an axiomatic extension of the Full Lambek Calculus FL.
• We demonstrate how the algebraic theory of residuated lattices can produce powerful tools for the comparative study of sub-structural logics.
• We illustrate, by a series of applications, that the bridge algebraic logic builds is beneficial to both algebra and logic, and that an in depth study of residuated lattices seems impossible at the present time without the use of logical and proof-theoretic techniques. 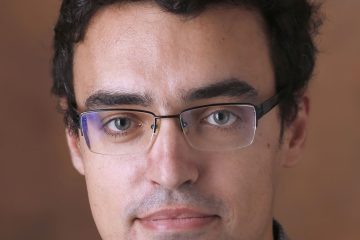 Dr. Adam Prenosil, from the University of Barcelona, will be visiting us (4-13 February 2023) and will give the seminar “Priestley duality for positive MV-algebras” on Wednesday the 8th of February at 11:00 in Sala Read more… 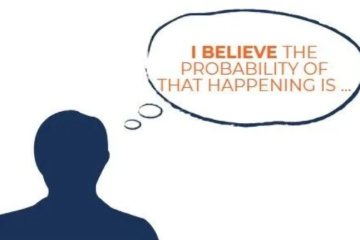